Pink is the New Orange, Part 3 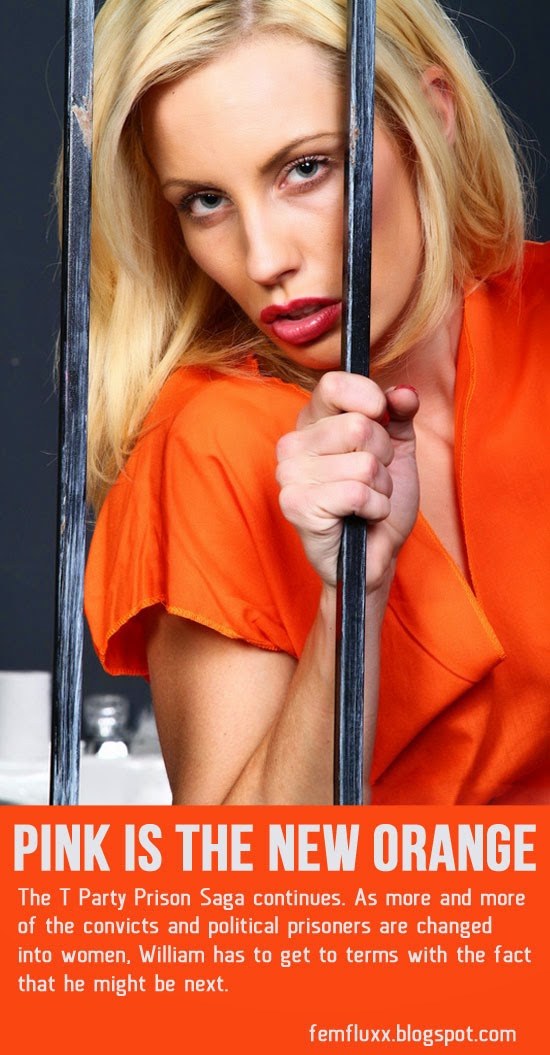 Warning: The story contains sexually explicit content and is not suitable for minors. This is a fantasy only. We do not condone sex without consent in real life!

And I guess it was the previous day's act of violence that made some of the remaining men react. I don't know what they thought.

Watching Hal coming inside the new girl with a loud grunt, made them realize that there were more girls like Zombie around. And now Hal had broken the unspoken contract, the implicit taboo: The girls are us. You do not touch the girls!

Or maybe they looked at Zombie and realized that any day now, they would be in her place, and that this may be their last day on earth as a man.

Some of the new women saw the look in their eyes and locked themselves in the rest room. Some of the others were so emotionally confused by what they saw in that room that they froze on the floor.

Pink is the New Orange, Part 2

Warning: The story contains sexually explicit content and is not suitable for minors. This is a fantasy only.  This story does not reflect attitudes or behaviors that belong in real life!

One of the girls approach me in the corridor today. She clearly saw the look of bewilderment on my face. This was one I had not seen before.

"I am Tanya," she said. "Or that is who they call me now. I didn't come from your prison. That's why you don't recognize me."

I tried to be polite.

"Well, hello there Tanya, what can I do for you?" 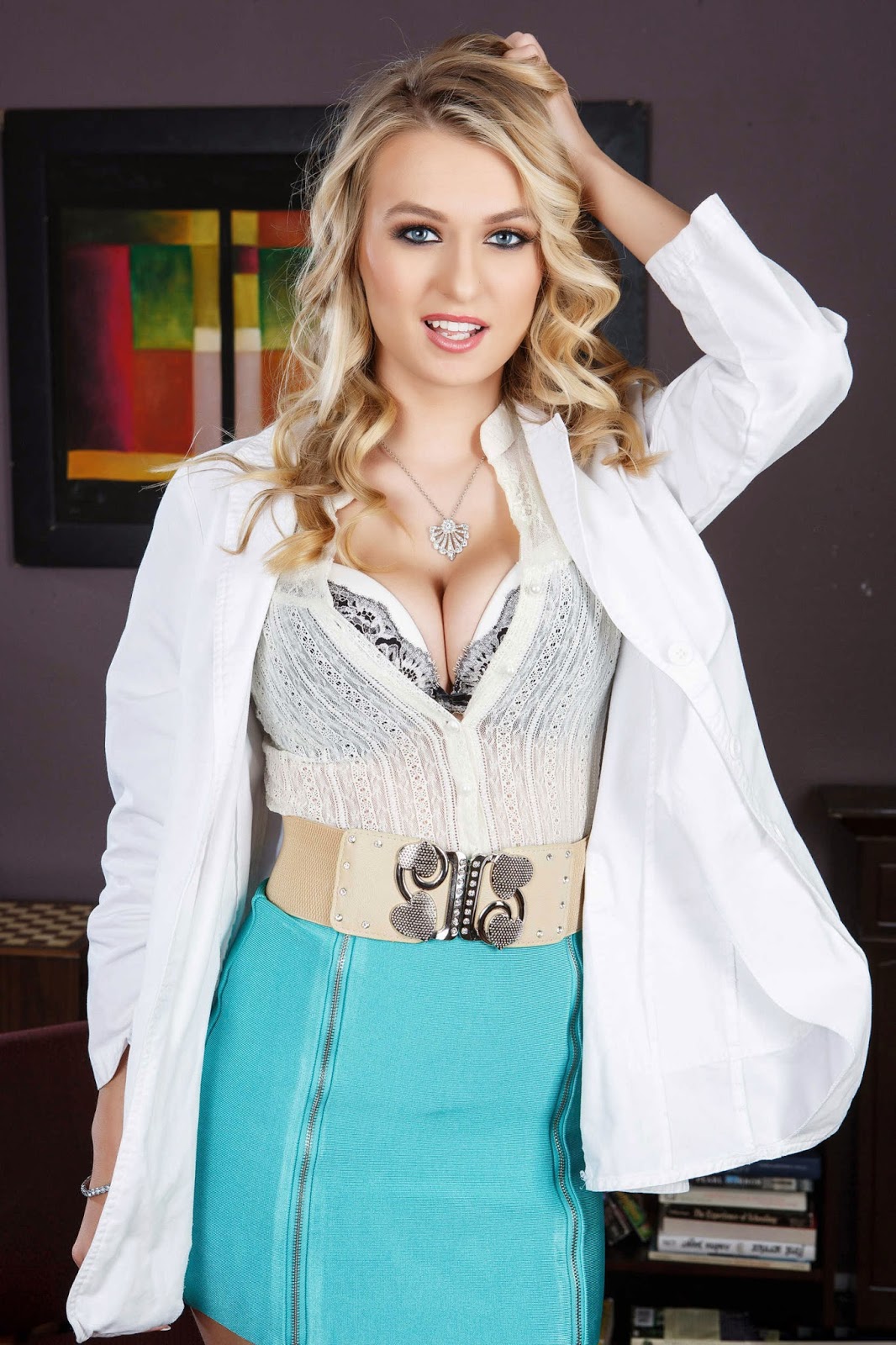 She stopped and touched her hair, embarrassed.

"You knew me as Hank Henderson," she said.

Hank had been one of my colleagues when I had had one of my stunts as a waiter. I vaguely remembered a tired, overworked, cook with dull eyes and no sense of humor.

"Yeah, it is me all right, and you were the only one at Valentino's who actually treated me as a decent human being."

I had done nothing special as I could recall, but if he said so.

"I joined the resistance."

"Yeah, one day one of the T Party leaders came to the restaurant. He complained about my pizza, and I snapped, you know, I snapped..."

Pink is the New Orange, Part 1 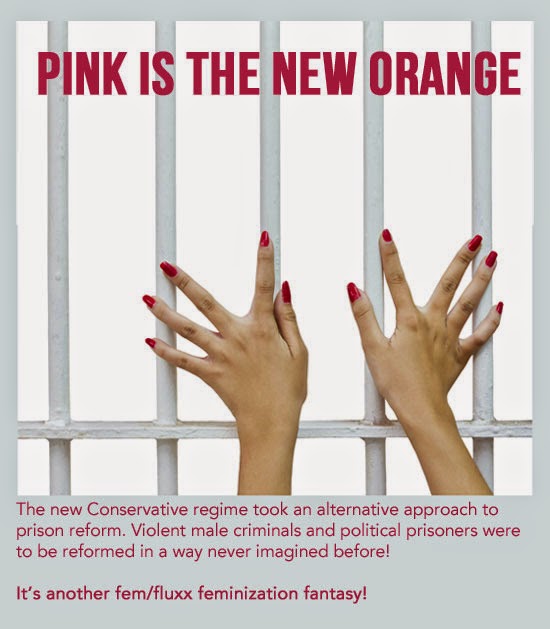 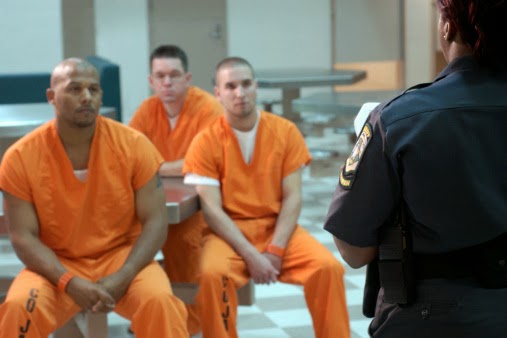 They called in 35 of us today. We had been waiting for it, of course. Every single week the last six months they have taken out some 35 cons and moved them to a "secure location".

They do no tell us what this is about, only that it has something to do with the  penal policy of the new government.

All I have heard is what they say on the TV: President Gordon thinks the prisons costs the tax payer too much money, and now he is planning to reduced the number of inmates by 50 percent.

How he is planning to do that while keeping his promise of fighting crime is beyond me. 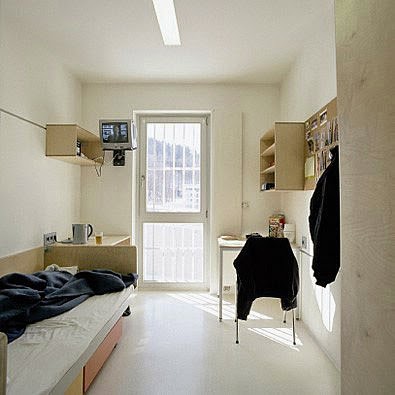 We have been at the new place for a couple of days now. It isn't too bad. It looks like a minimum security prison. We can go wherever we want inside the building.

Erik said he had seen women in the next block. I do not believe him.

They took a lot of blood tests today. Full medical check up. They say they need to see if we can handle the treatment.

We talk a lot about "the Treatment" with capital "T". No one knows what it entails, although Erik thinks we are part of some secret government program.

"This new government is worse than the Taliban," he tells me.

Leonard just laughs at Erik. He is trying to keep some kind of emotional distance, I guess. 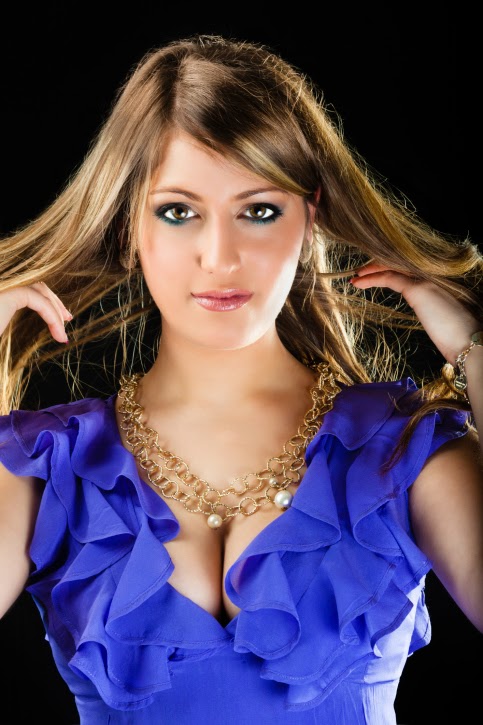 "We are family" she said. "I know exactly what it means to be in your shoes."

Yeah, right! As if a privileged sexy white broad like that knows anything about what it means to one of us.

Then she started talking about a new technology based on nanites and viruses. It went over my head, to tell you the truth.

"There is no point in fighting it," she said. "The alternative to the electric machine is the electric chair!"

She laughed at this, as if it was a joke.

Today a female doctor came to talk to us about "The Treatment".

"I am doctor Samantha Daniels," she told us. "Some of us may know me as Doctor Sam Daniels."

Sam Daniels had been the name the male doctor you read about in the papers. He had been arrested for sleeping with his patients. I guess there may be more than one doctor with that name, but several times she referred to research of the notorious Sam Daniels as if it were hers. This makes no sense at all.