Pink is the New Orange, Part 4 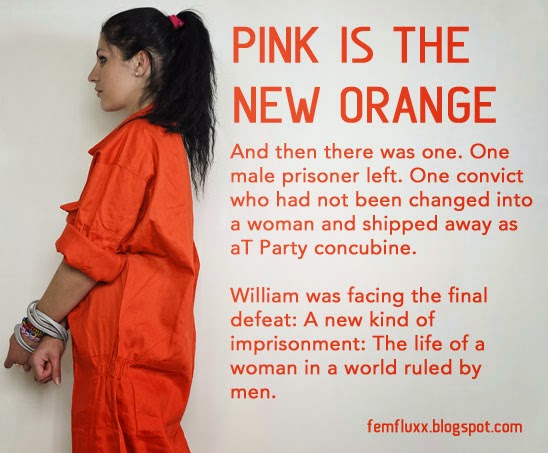 The treatment was painless. I slept through most of it. And when I finally came to my senses, I found myself outside the compound, in a villa somewhere on the West Coast.

I am a girl in my early twenties now. Beautiful. Sexy. Long dark hair.

The first couple of days I just tired to get used to being this wonderful creature. I would play with my tits for hours, marvelling of this magical token of femininity.

The only person staying in the villa beyond me is Rosita, the "nanny" as I called her. She is the maid in this house. 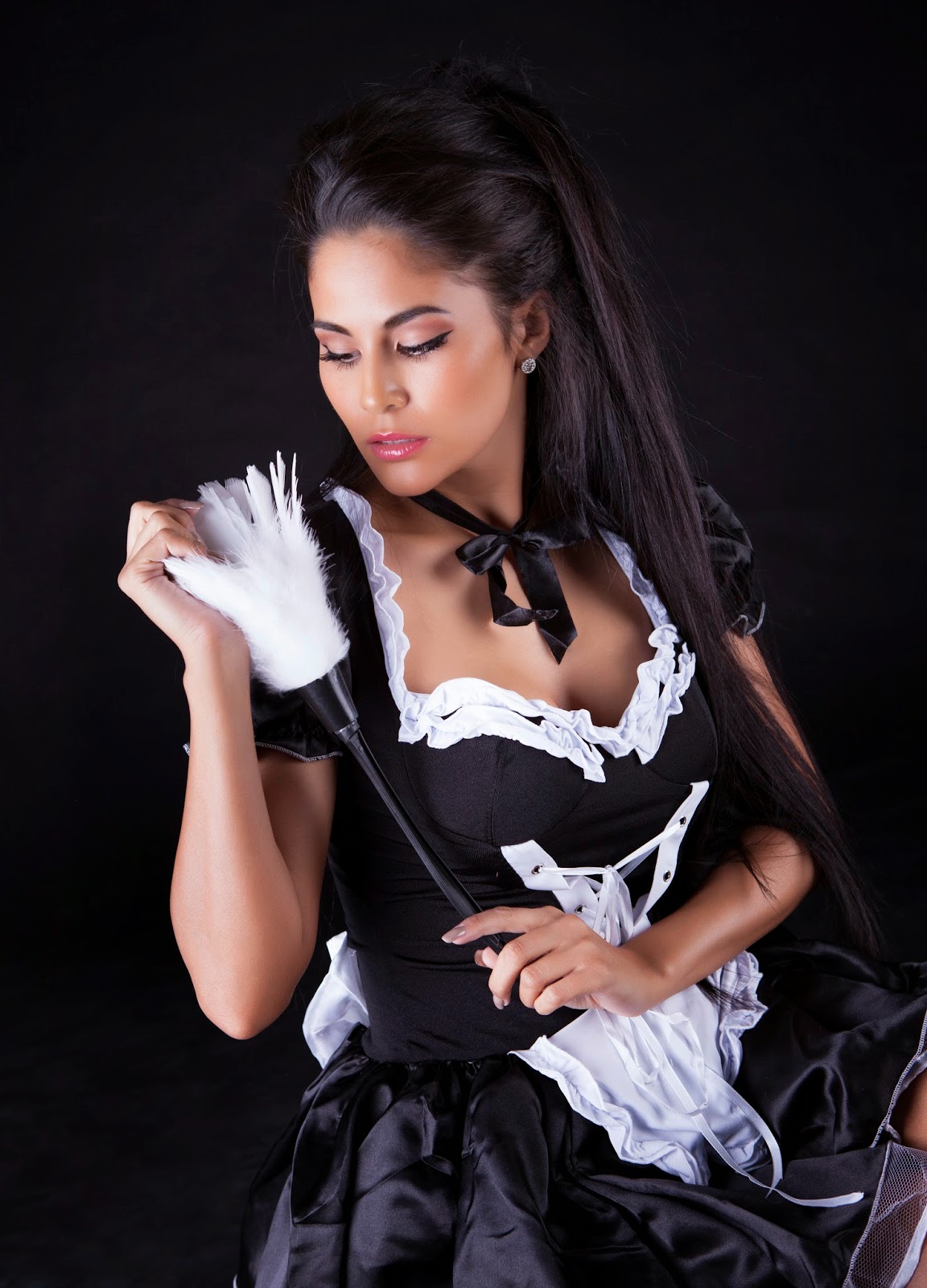 Rosita is a beautiful Hispanic girl. I guessed she was Puerto Rican. I should have known better. She used to be an accountant living in Fargo. His wife was a T Party member, and when she discovered he was cheating on her with their maid, she decided to enrol him in "The Program".

This is what Rosita calls it: "The Program". The technology is clearly not just used on convicts.

Leonard will come to us in time, she tells me. But he is a busy man. He has to spend much time at the caps on the East Coast. His research requires it.

She encourages me to explore my body. She gave me a camera and asked me to film all of it. She sent the file to Leonard, I believe.

Leonard love dark girls, she told him. All his girls on the East Coast are also dark haired. He has a compete harem, it seems.

Rosita and I went shopping today. I never thought shopping could be fun. I never looked good, anyway, so William the man, was a practical dresser.

Rosita is bringing out the best of this new girl. 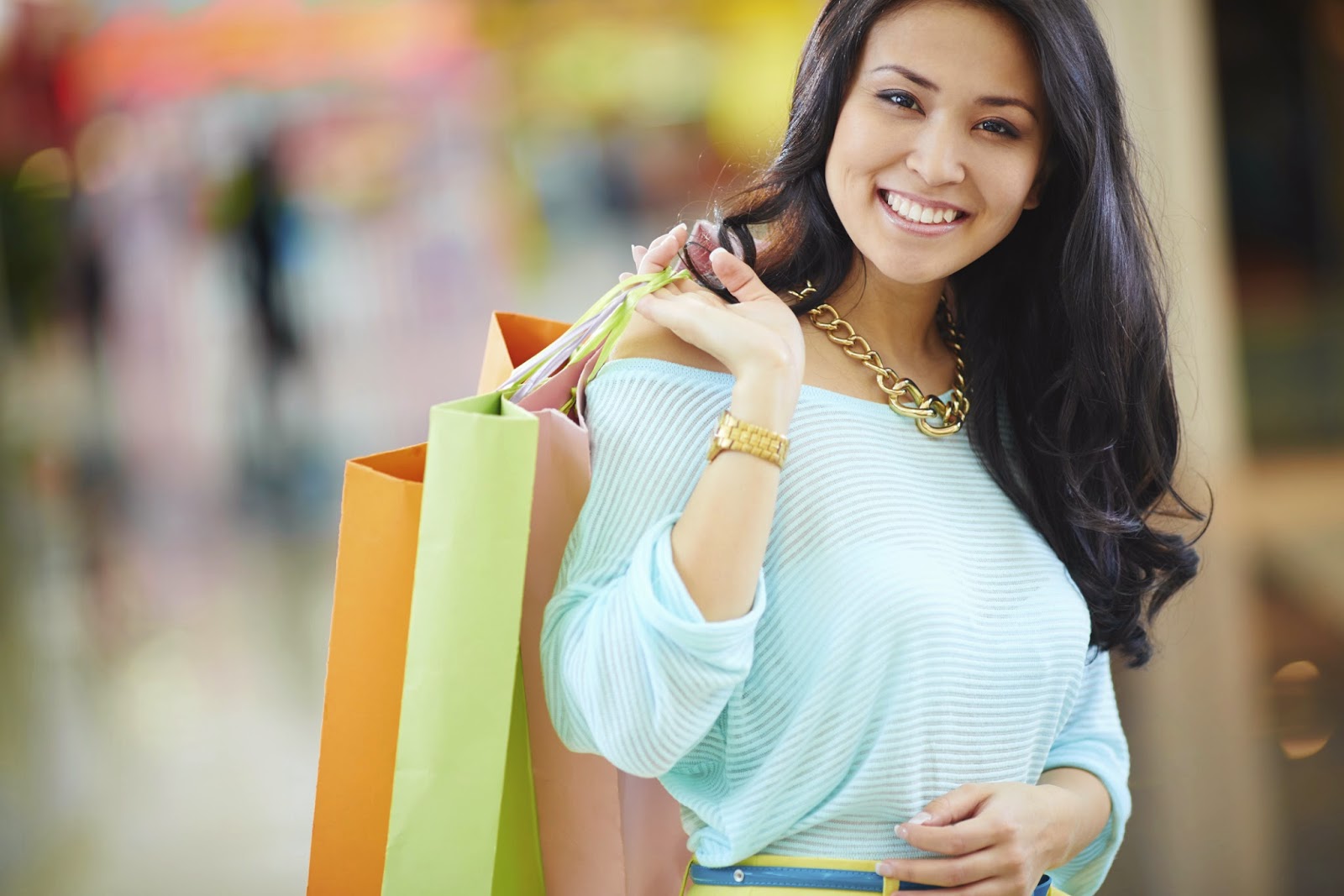 "Erik wants us to look our best," she told me. She has been teaching me how to apply make-up. 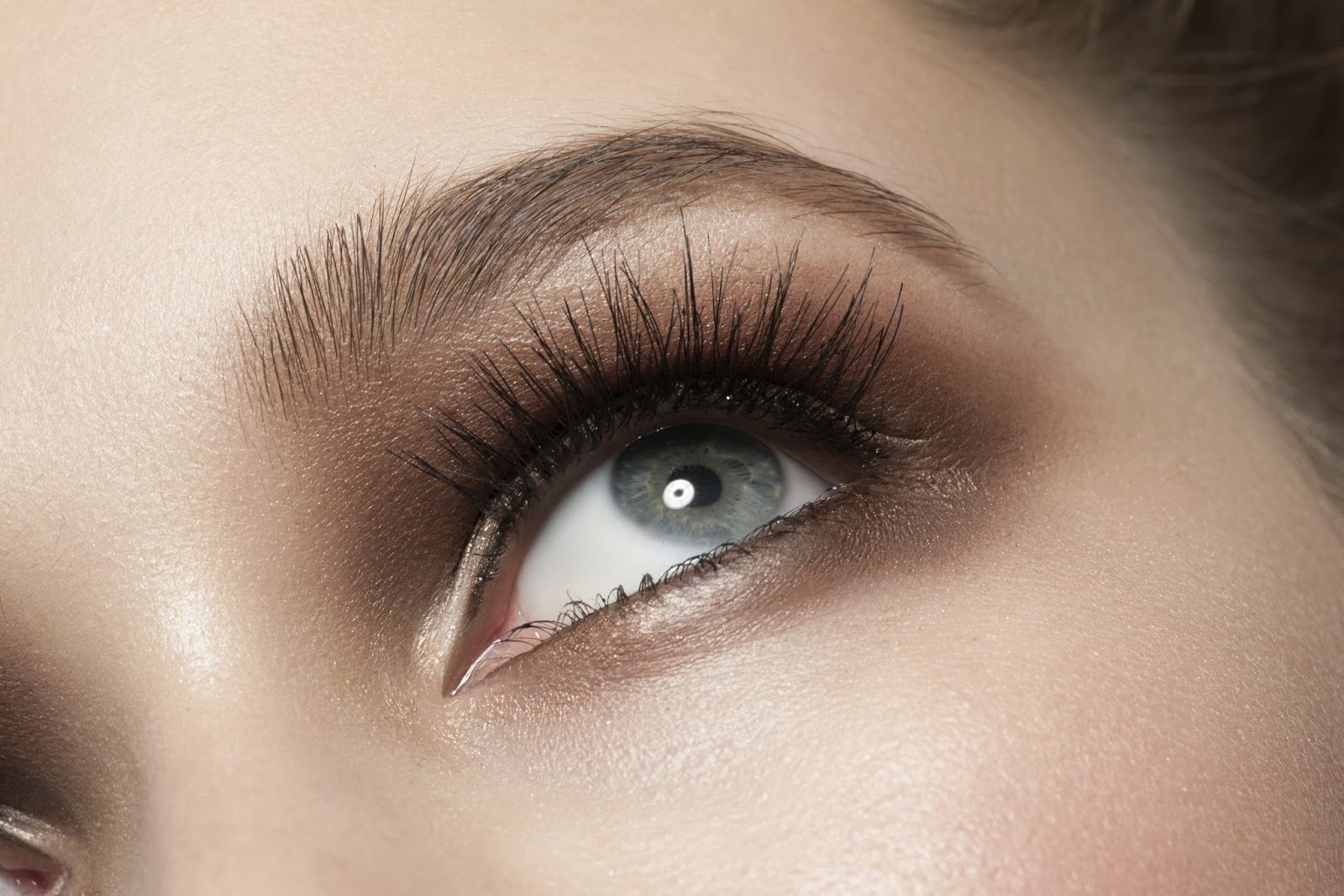 And how to dress up sexy. 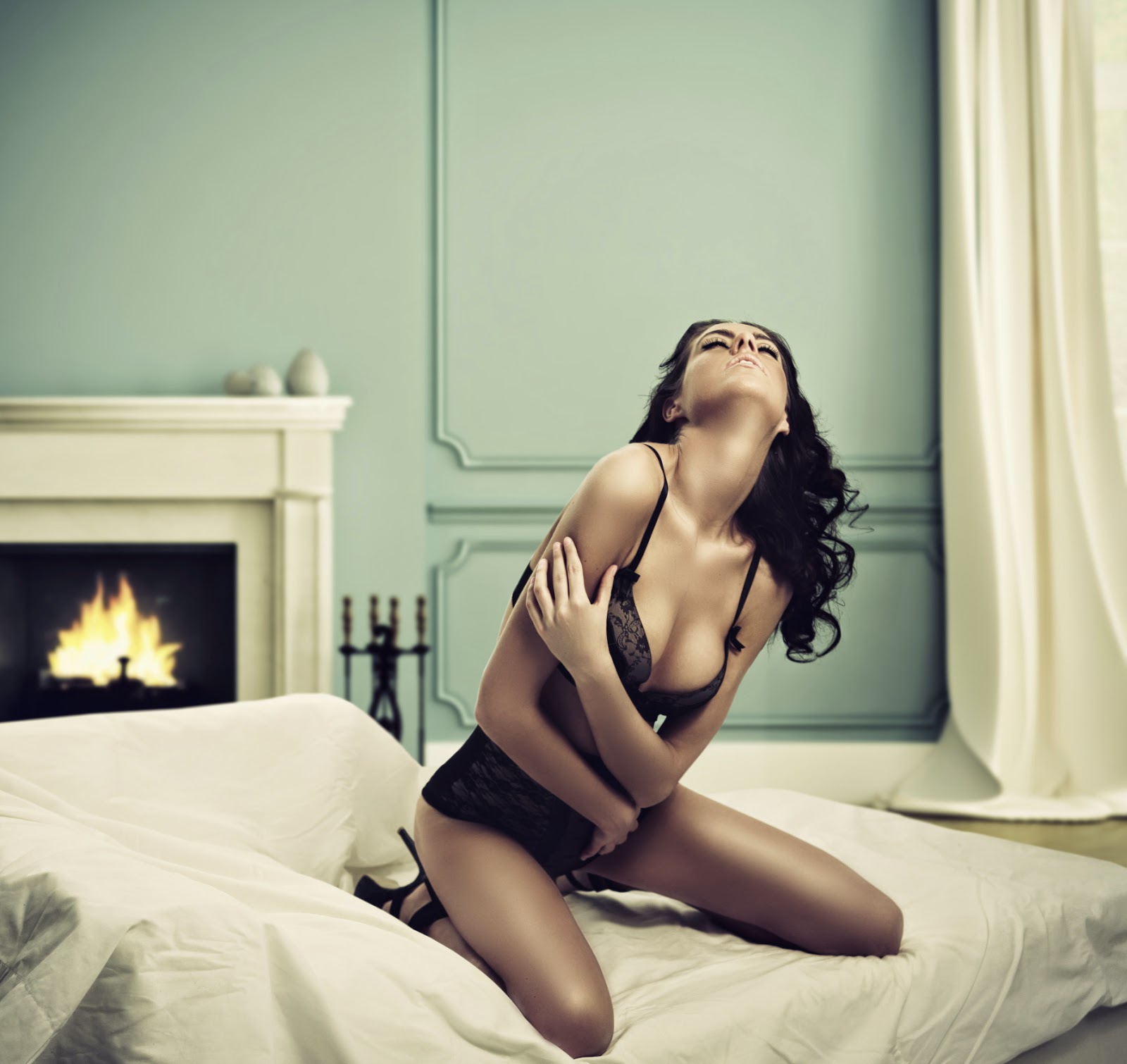 She tells me Erik is a wonderful lover.  He has used the nanite technology to enhance his own physiology.

"He has a wonderful, big cock," she smiles, knowingly. "He will make you fly," she promises me.

Rosita turned on the huge plasma TV screen today, not to watch the news, mind you, but to let me watch footage of Erik with some of his concubines.

I was fascinated by this girl looking up at him with anticipation and desire, stroking his cock. I watched that cock grow in he hand. And then I suddenly realized that wanted to be her, holding that cock.

Then there was a clip of a teenage girl, lying on the bed, all dressed, playing with his cock. And I could see him come all over her hand.

"This is Amanda," Rosita, pointing to the screen. "She used to stay here before you. She never managed to give in to the joys of womanhood.

"Where is she now?" I asked, concerned.

Rosita pretended not to hear.

"Where is he now?" I repeated.

"Ah, my dear girl, not all of us are fit to be party concubines. I think he sold her to a brothel in one of the colonies."

I looked at the girl again, wondering if I would be able to give in and enjoy sex in the way Liam had.

"Here is a girl who know how to take it," Rosita. She had skipped past some really hot scenes to a girl who screamed in pleasure as Leonard fucked her.

"Look at that ass!" Rosita laughed. "She has a bigger ass than I have."

I got a little jealous when she said that. I have a sexy tush, but not as big as hers.

There was no end to the number of girls being fucked by that man. One of the prisoners had been dressed up as a school girl, clearly playing out some fantasy of Leonard's.

She had closed her yes, and her moaning was not of the pain type. She was moaning from pleasure.

Another beautiful girl was fucked deep in the ass. Hers were not sound of pain, either, although I could not for the life of me understand why that did not hurt.

"He has trained her well," she said. "She has adapted to his big size, so now all she can feel is pleasure from having him so deep inside her."

It was clear she was speaking from experience.

"Here's an interesting  case," Rosita said, and fast forwarded to some footage of a sexy red head" She was sitting in a bed grabbing her tits and letting her hand caress her crotch.

"This one used to be a chairman of the Kansas T-Party. One day he went to Leonard and begged him to be changed into a girl, Leonard told me. The man said he was tired of all the power struggles, his overambitious wife and his unruly teenagers and wanted to get away from it all. He wanted to be one of the girls."

"But you know how Leonard is. He needed some way of punishing the man, so he gave him to one of his old rivals in the party, Congressman Ken Jules. Jules found the whole thing extremely embarassing, and gave the girl to his son, Theo, to play with. The last thing I heard was that the two of them are getting married. It would all have been a terrible scandal, hadn't Leonard given the girl a false identity."

I realized that it was only a matter of days till Leonard is here. Then I will be the one with his big cock up my snatch. My sweet itching snatch.

I got a message from Erik today. I have no idea how he managed to do it, but I found a not on my pillow signed E.

"We are strong. We are many. We are free. Do not give up, we are coming to get you!"

It must have been Erik. I know no other "E" that would write anything like this. Somehow he must have managed to escape from the clutches of the machinery. He is a weird guy, but he was more than right regarding his conspiracy theories. Maybe be he had contacts somewhere in the system.

I asked Rosita whether someone else had been into my room, but she said that no one came here except us and Leonard.

Leonard came today. Rosita opened the door and welcomed him with a warm embrace. He kissed her deeply and laughed:

I stood there nervously behind Rosita, fidgeting.

"Ah, Belle, you are as beautiful as the video told me!"

He kissed me on my cheek.

"Are you ready to become a woman?" he whispered in my ear. I blushed.

"Who cares about real," he said and dragged me into the bedroom.

He tore off my dress and pushed me down on the bed. I could feel him take off my panties. Then he buried his face in my snatch.

I could feel his tongue move in between my pussy lips. He was playing with me. From time to time his tongue moved over to my clit, making me moan. I was all wet down there. All ready.

"You sweet little girl," he taunted me. "Do you want me to fuck you? Do you want my big cock inside you."

My last little reserve of resistance evaporated as I begged him for cock:

He slid his dick inside my wet pussy. Deep. Deeper. And then, at the point where there was not room for more, he pulled back.

"Please," I whispered. "Please come back!"

And then I could feel the satisfaction of being filled up again. He found his rhythm, enjoying the sound of my moans and whimpers.

"Oh my dear Williams!" He laughed that laugh of his. "I just love that broad butt of yours. Strong, broad hips, perfect for bearing children!"

I suddenly realized that he used no condom. Nor had Rosalita provided me with pills.

"Oh, you understand it now, don't you? You are part of breeding program of the New Transformed Nation."

My protests were silenced as my body shook with a series of strong orgasms.

Leonard left yesterday. Rosita comforted me. She let me cry out all my feelings of shame and humiliation.

"Don't worry chica, everything will be all right!"

"I know, baby, that's how they made us. This is their ultimate revenge."

"But I cannot have a kid with that man!"

"What can you do? He has already some 50 children by transformed concubines all over the republic."

Rosita invited me to another video session today.

The show opened with a SWAT team van racing down a downtown alley. Then they cut to a scene where a SWAT police man hand-cuffed a man. At first I could not see his face, but when he finally did look into the camera, I saw that it was Erik. Rosita look at my face, attentively. 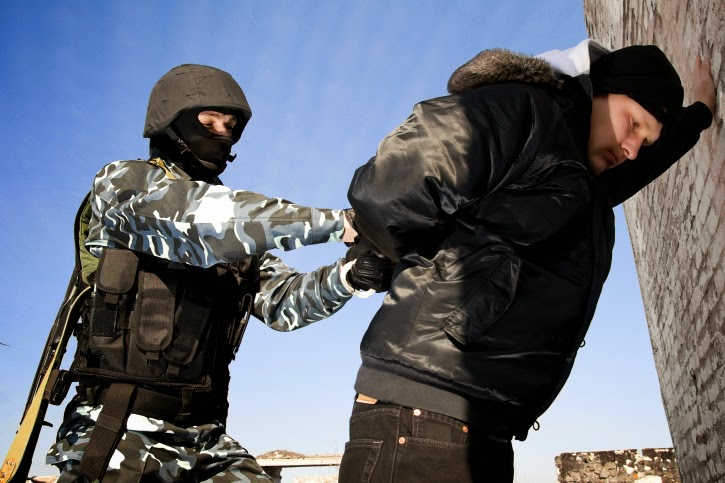 "You expected him to come and get you, didn't you?" She hit the pause button.

"You understand why I could not let this happen, right?"

"When Erik approach me and asked me to give you the note, I had no choice but to let Leonard know what had happened. You understand that, right?"

"There is no way out of this," she said. "The republic invaded Canada last week. There was little resistance. Mexico is next. There is no place for us to go, even if we get out of here. Do you understand?"

"But we could have joined the resistance!" I protested.

"Is that what you really want, dear?" she asked me. You have the best food, beautiful clothes, a big swimming pool and a lot of great sex, and you would like to replace all that with living like a hermit out in the fucking woods? Eh.. among brutal revolutionaries. I was not raised to be a girl like that!"

"I am sure you weren't" I bitched back, testily.

She started the recording again. This time the camera team entered a hotel somewhere downtown.

The camera man moved into a flat and then into a bed room where a man was fucking a girl from behind.

I could hear the voice of the camera man on the tape: "Say hello to your friends Rosita and William, Erik. I am sure they would love to hear your sweet alto voice."

The girl did not answer. I saw defeat in her eyes.

"As you can see, William," the camera man continued, addressing me, "we have given Erik here extra big tits and some really sexy pouty lips. She has betrayed us all and will be shipped to the new colonies to serve our soldiers there."

Then I could hear the girl whisper: "Get away! Get away!"

The man who was fucking her snickered. "You will see William soon, you slut. The two of you will work together in the same brothel. That will do you both good, I believe."